An intricate hand-crafted typographic map of London swarming with film titles, actors and directors, plotted on the map where they most made their mark. Also featuring some of London’s most iconic picture houses, film studios and red carpet locations.

Combining hand-drawn typography and illustration, the Central London Film Map is a limited edition print by the London-based graphic artist Dex, celebrating the capital’s credentials as one of the world’s most iconic cinematic cities. This is a more compact version of the more extensive London Film Map, made up of hand-crafted fictional characters plotted on the map in the place they’re most associated. A stylish limited edition graphic print in deep velvet black on stark white archival paper.

A wonderfully compact 30cm by 21cm giclée print. Available in black and in white, in limited editions of 250. 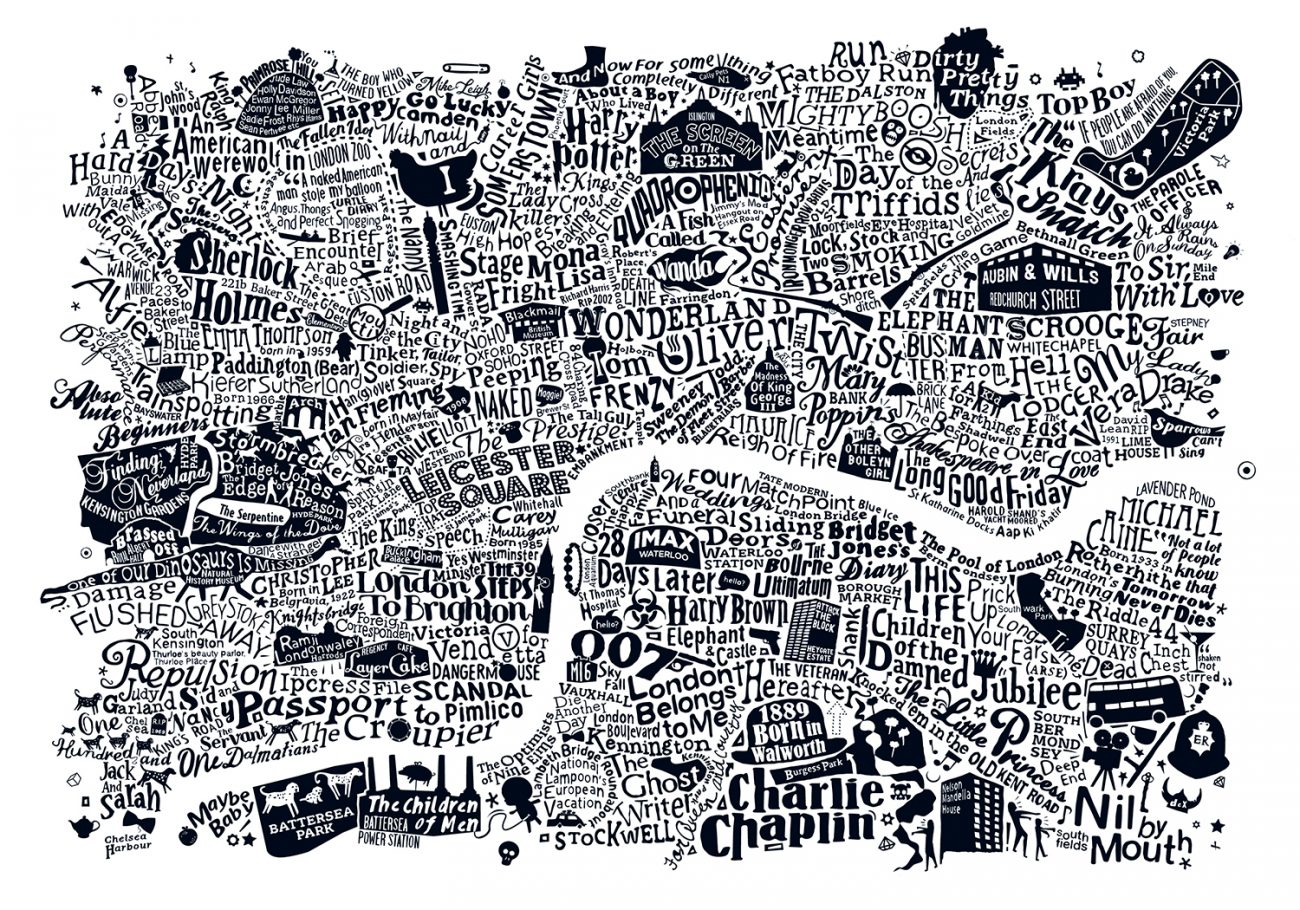 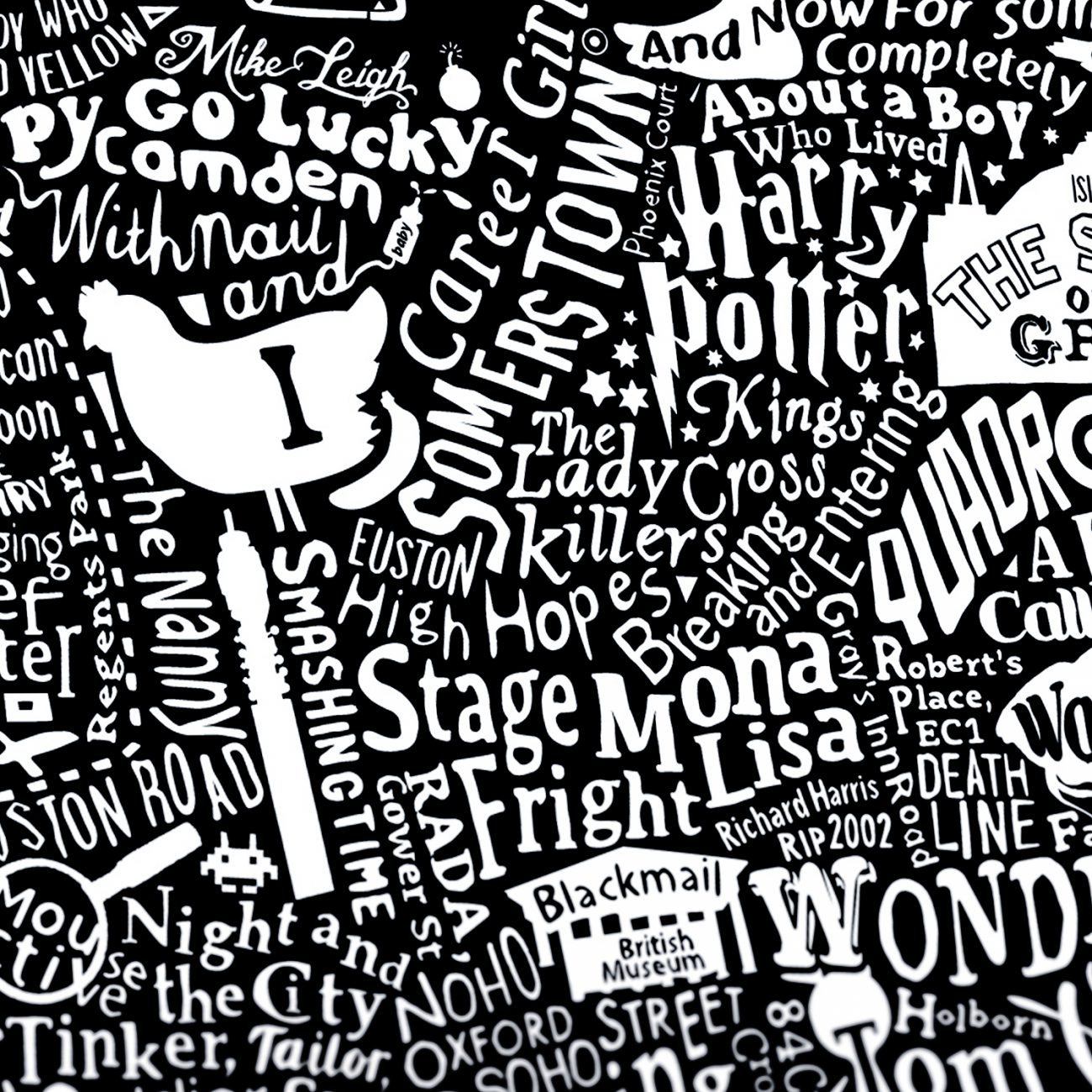 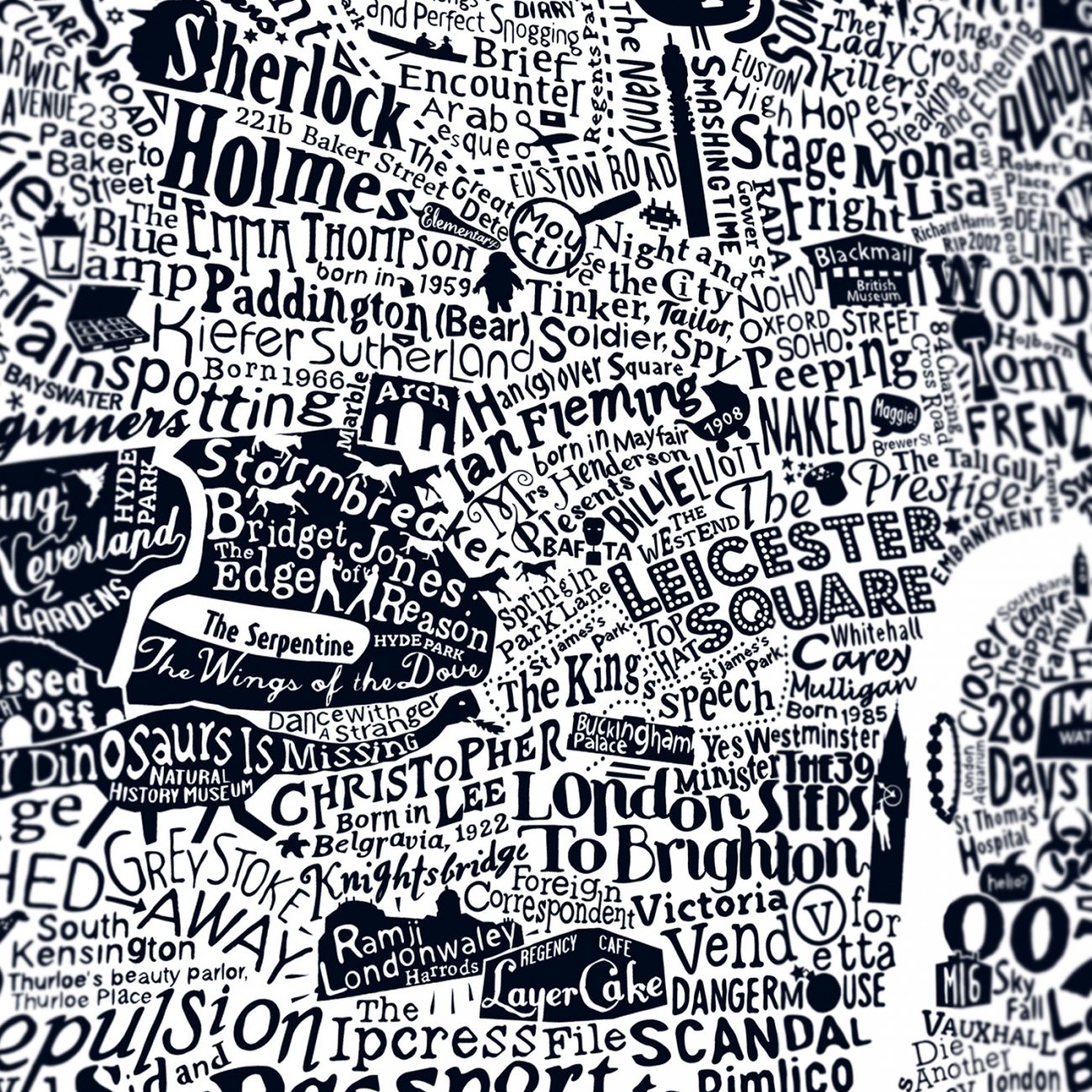 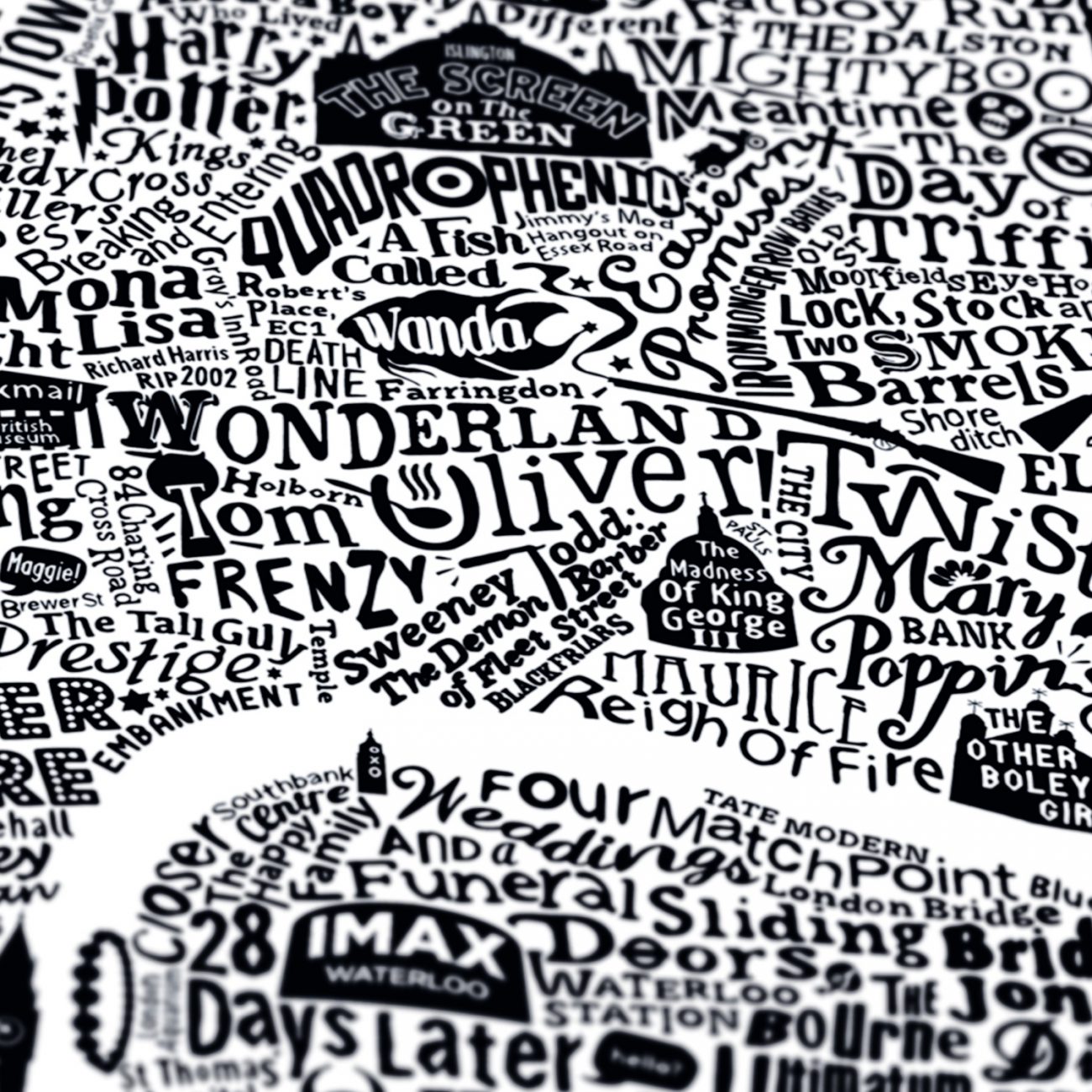 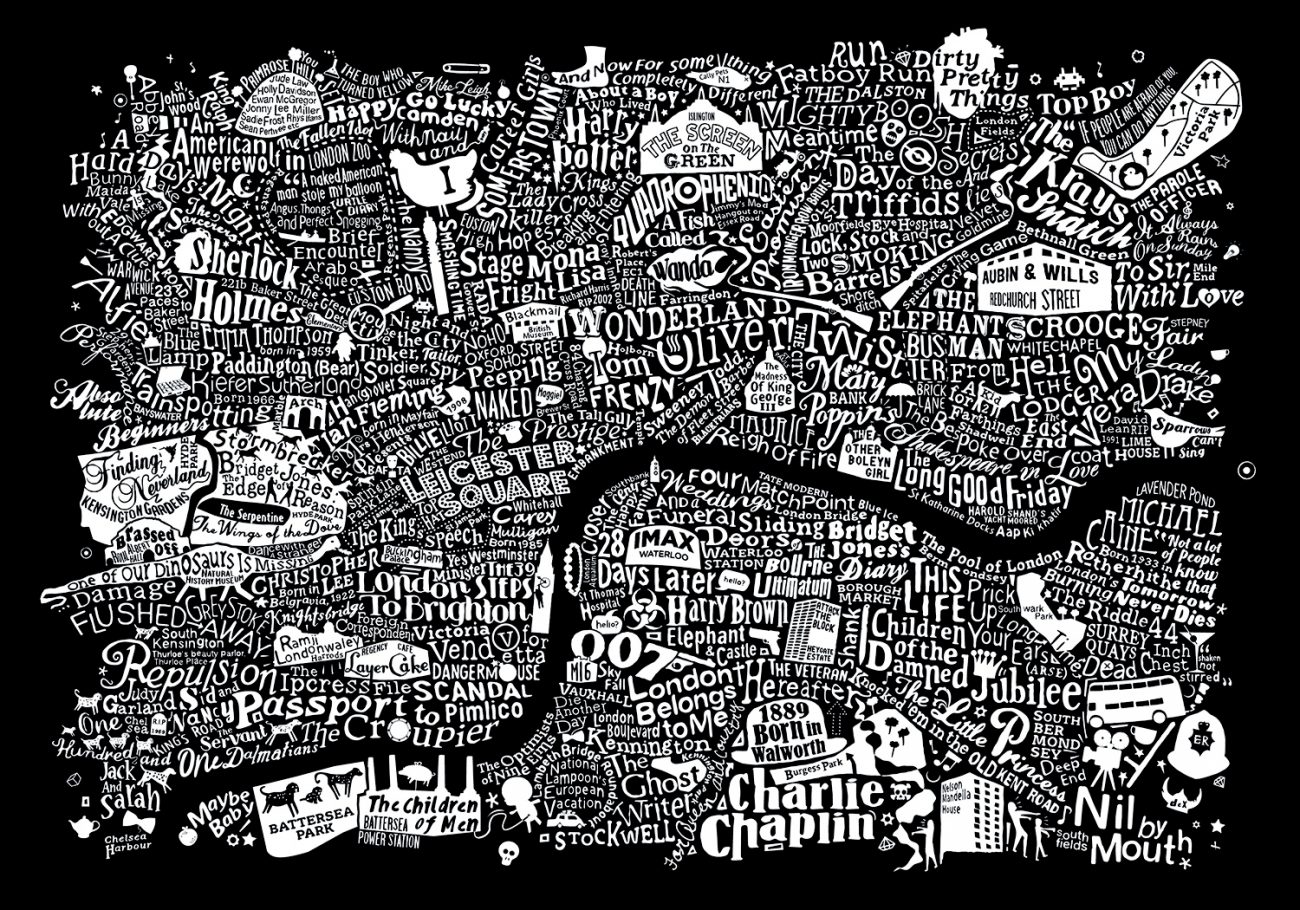 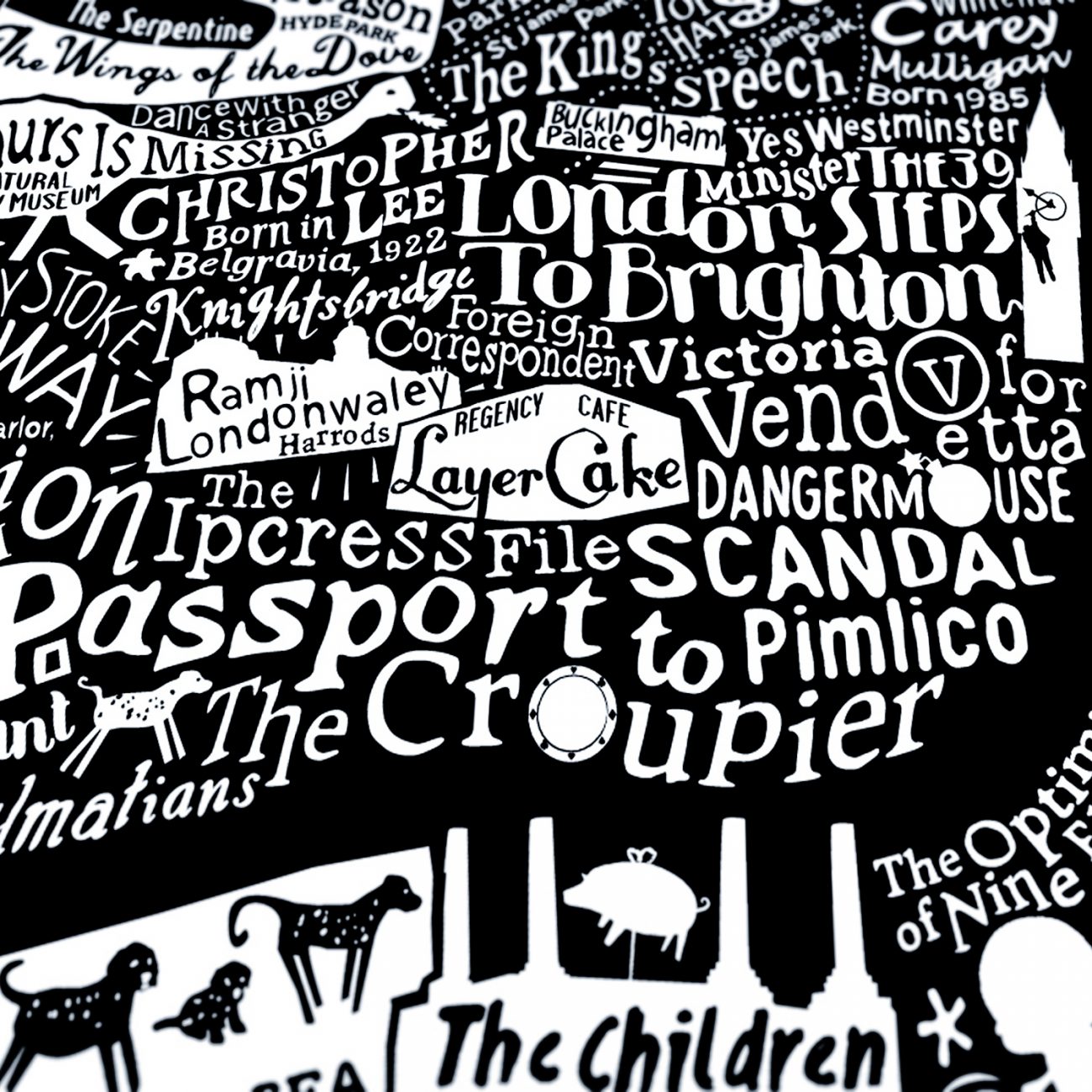 I am the founder of Run For The Hills, a London-based creative design house that exists in the space where graphics and interiors meet.

If you have an interesting project or commission you want to discuss, email us at sayhello@runforthehills.com. Join our mailing list if you want to receive our occasional newsletter, with the latest news on exhibitions, art collections, special offers and what we've been up to: SUBSCRIBE TO OUR NEWSLETTER VISIT RUN FOR THE HILLS

This error message is only visible to WordPress admins